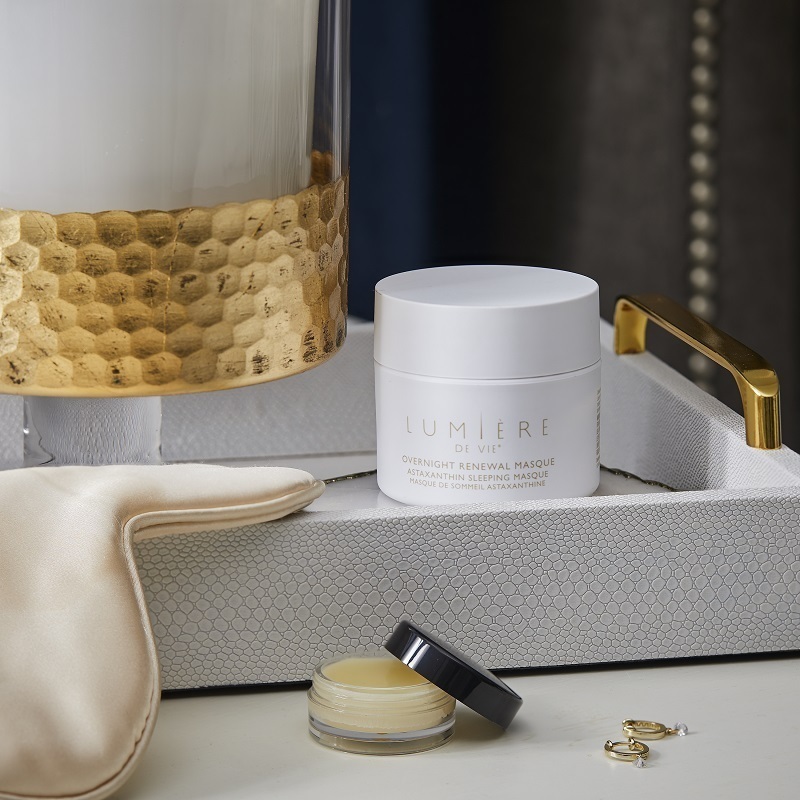 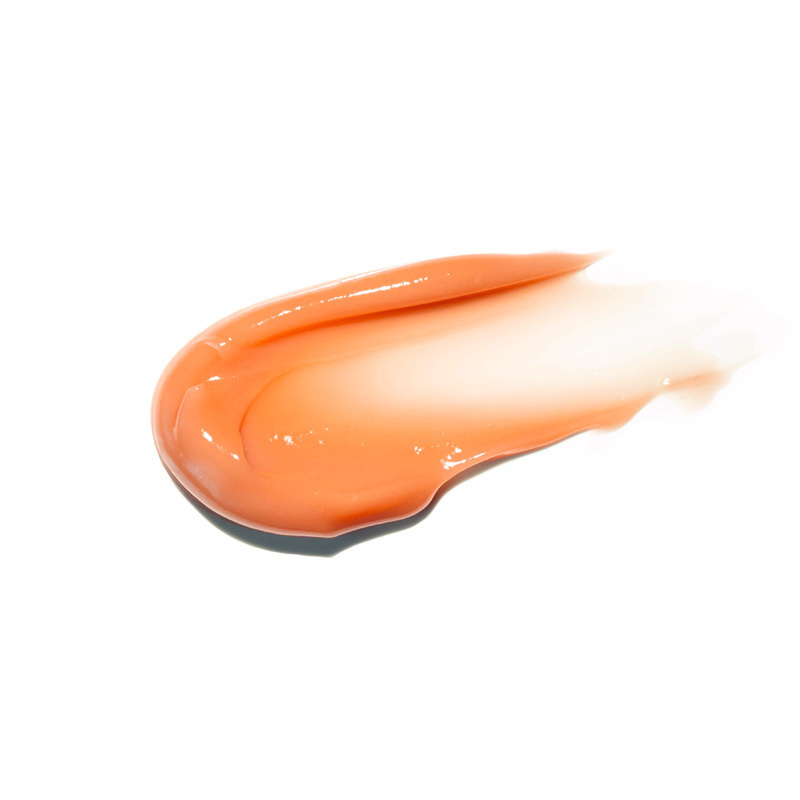 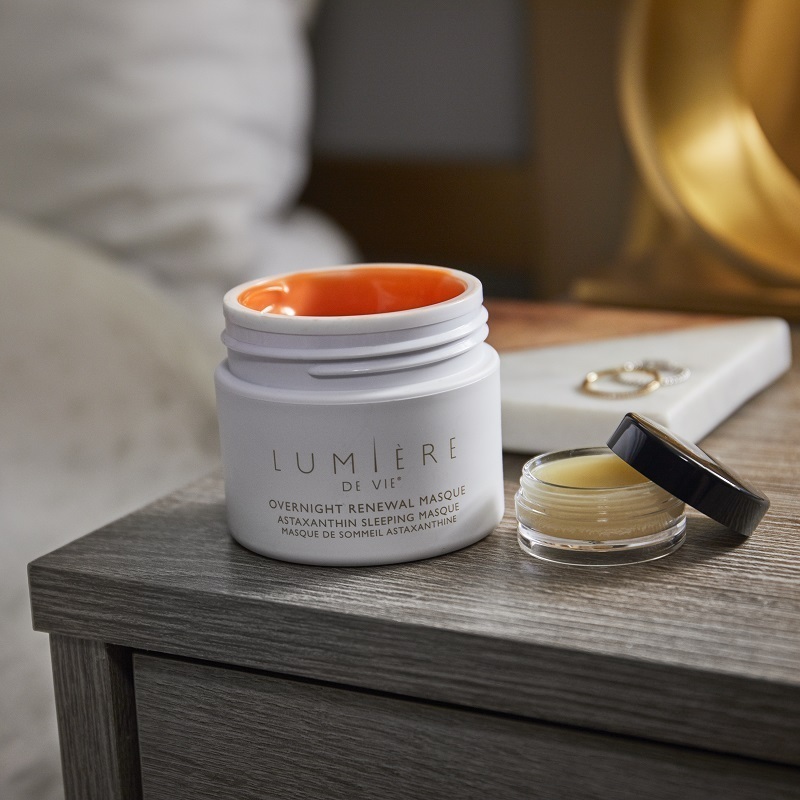 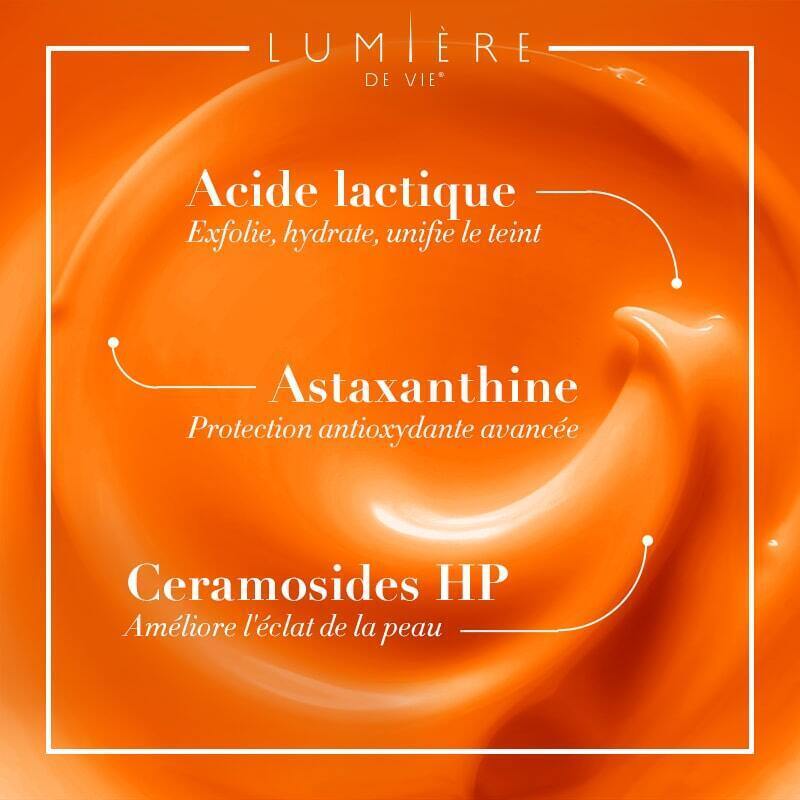 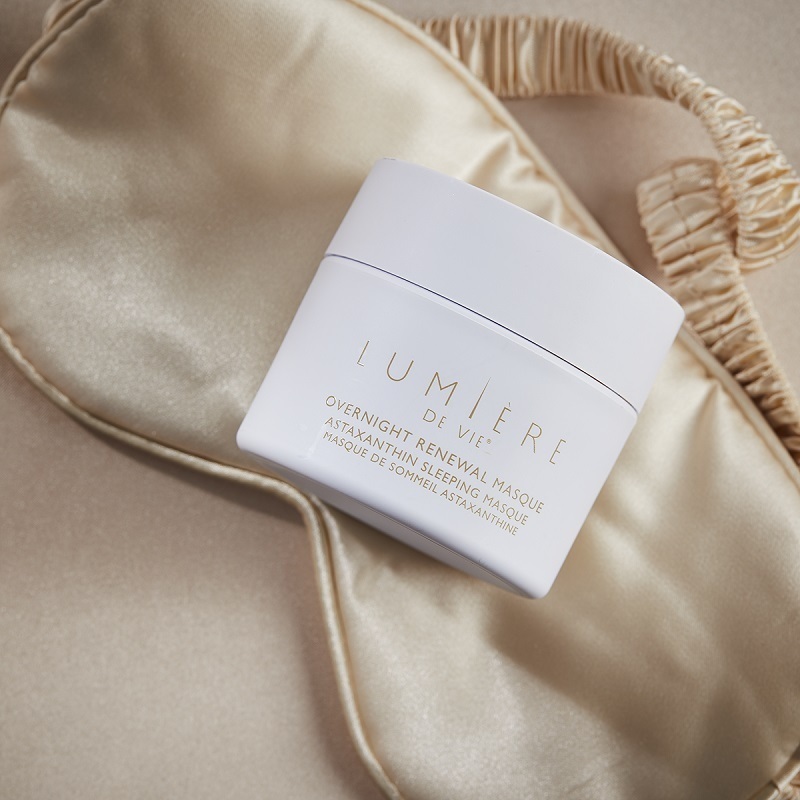 What is AstaReal® Astaxanthin with Dr. Karen Hecht

Don’t just dream of radiant skin; make it a reality with Lumière de Vie Overnight Renewal Masque. Formulated with AstaReal®† astaxanthin (Haematococcus pluvialis extract), lactic acid and a unique blend of lipids, this luxurious masque melts into skin while you’re sleeping for the ultimate overnight facial. The skin-loving formula gently exfoliates, brightens unwanted dark spots, and softens fine lines and wrinkles while replenishing moisture to your skin — so you can awaken to a smooth, hydrated and glowing complexion. Achieve true “I woke up like this” radiance with Lumière de Vie Overnight Renewal Masque.

Our skin is the largest and one of the most complex organs of the body, so it's important to take special care of it. AstaReal® astaxanthin is a powerful antioxidant that helps enhance the health and radiance of your complexion. You can boost the benefits of Lumière de Vie Overnight Renewal Masque when you use a dietary supplement that contains AstaReal® astaxanthin. We have incredible sister brand dietary supplements that would work great for this purpose: Isotonix® Astaxanthin and Prime™ Astaxanthin Cardio and Visual Vitality Formula.** Learn more and shop at sg.shop.com!

How do I use Lumière de Vie Overnight Renewal Masque?
As the last step of your evening skincare regimen, apply a thin, even layer of masque over face and neck, avoiding the immediate eye area. Leave on overnight and rinse thoroughly in the morning. For best results use 2–3 times a week.

What skin type does Lumière de Vie Overnight Renewal Masque work best for?
Dry skin types will find our Overnight Renewal Masque especially beneficial, as it locks in all the great hydrating benefits of the formula and creates a barrier on your skin to prevent excess drying while sleeping. The intense brightening and anti-aging benefits this formula offers will also suit mature skin and those who want to minimize the appearance of dark spots.

What is an overnight masque?
Overnight masques are formulated to deliver a concentrated treatment to your skin while you sleep. This type of masque sits on top of your skin and works as a seal to keep out dirt and other grime you don’t want in your pores while locking in the key ingredients and moisture you do want. As you sleep, the masque gradually penetrates your skin for an intense treatment.

What tool do you recommend for applying this masque?
We recommend using the masque tool that comes in our Lumière de Vie® Skincare Brush Collection. Using a tool/brush is a great way to keep your masque free from germs and oils. Even clean hands have natural oils that, when put into your products, can decrease their effectiveness over time. All the brushes in our Skincare Brush Collection are reusable and can be used in many of your products as long as they are washed between uses!

Is it normal for the product color to change overtime?
Yes, heat can cause the coloring to darken over time. We recommend storing your masque in a cool, dry place and making sure to replace the inner seal after each use to slow the color-changing process.

What serving size of astaxanthin supplements do I need to take to get the combined benefits of both topical and oral use?
Based on clinical studies, the recommended serving size is 4mg per day in combination with the morning and evening use of a topical astaxanthin product.**

Astaxanthin (Haematococcus pluvialis Extract)
Haematococcus pluvialis is a freshwater microalga that contains astaxanthin. Astaxanthin has been reported to have multiple actions. but is probably best known for its powerful antioxidant properties. In addition to being an antioxidant, astaxanthin can help moisturize the skin when applied topically. And when combined with oral supplementation, astaxanthin has been reported to minimize the appearance of fine lines and wrinkles, minimize the appearance of dark spots, and help the skin look smoother.

Ceramosides HP (Glycosphingolipids + Glycolipids)
This unique blend of lipids consists of both ceramides and omega-3, -6 and -9 fatty acids, all of which are components of the skin. These lipids can help support the skin’s complexion and radiance and support a more even looking skin tone.

Acetyl Glucosamine
Acetyl glucosamine is a multi-functional skincare ingredient. In addition to promoting healthy skin hydration, acetyl glucosamine can help minimize the appearance of flakiness for smoother and softer-looking skin.

Hexylresorcinol
Hexylresorcinol is an organic compound with anti-aging properties and a long history of use in multiple applications. When used topically for skincare, hexylresorcinol helps the skin look brighter and minimize the appearance of dark spots.

** These products are not intended to diagnose, treat, cure, or prevent any disease.

Skin feel hydrated the next day. My sister noticed my facial skin is much lighter and even tone. What I like best about Lumiere De Vie products is that they are paraben free. Am using the needle free serum too. A great skin lifter :)

Use this masque at least twice a week and simply just love how my skin feel the next morning.

I was excited when the product was launched as I wanted to match with the Gelee.
This ovenright masque works like a miracle, face instantly felt more supple the next morning!

A must for sleeping beauty!

Fantastic overnight mask! I wake up with more hydrated, radiant, and smoother skin. It absorbs really quickly. If you sleep in an air-conditioned room, this is good to keep the hydration of the skin. Try it and you will love it as I do!

Link to this page and tell all your friends!